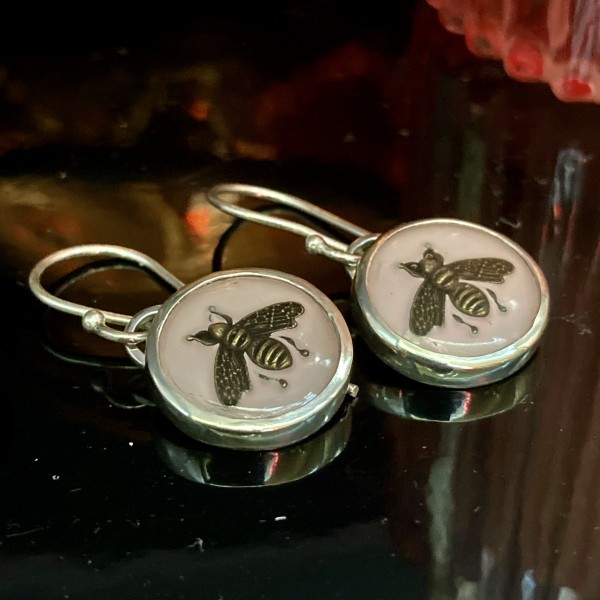 I was commission to make these two special pendants for a Mother and Daughter.  These are buttons from the Guard's uniforms in Napoleon's army!

Just let that sink in for a moment.

I believe these buttons belong in a museum, but I'm so grateful to be able to transform them into the most incredible piece of French wearable history.  Can you imagine being the custodian of something like this?  Over 200 years old and yours to treasure.

Napoleon was said to be a real fashionista and wanted his guards and soldiers to have newly designed uniforms for each battle.  The one thing that remained firm, is the crown on the buttons.  Sure the crown design changed with each new uniform and sometimes the size and metal colour also changed, but Napoleon kept with the crown symbol throughout.

These two buttons are quite different, so they would have come from different battles, which makes the whole thing even more amazing.

One of the buttons is a silver tone, so the setting was hand crafted in all solid sterling silver.

The other button is a brass button, so I crafted the majority of the setting in sterling silver, but I added a beaded edge in 9ct yellow gold to tie in the gold tone of the button.

These pendants are going to be treasured for many, many years to come.

*I do have a small selection of Napoleonic antique buttons available if you're interested in having your own piece of wearable history created just for you.